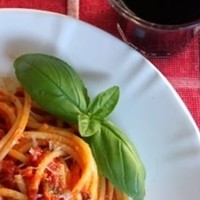 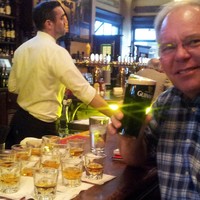 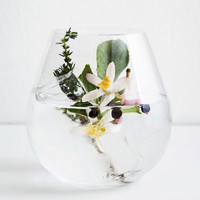 CANDELA MAMAJUANA SPICED RUM--JUNE'S SPIRIT OF THE MONTH $26.99 per bottle

A Look Into an Island’s History

A few months ago, I was sitting with one of my sales reps and he asked me if I was looking for any new rums.  Given that I’d been sampling a good amount around that time, I told him “Ah, I’ve been trying a bunch recently.”

He pulled out a shorter, squatty bottle with a vibrant purple label, red and gold writing.

“Have you tried Mamajuana rum?” he asked, almost knowing I would say I had not.

He smiled at me and said, "Mamajuana”.  Mamajuana is a traditional spiced rum specialty of the Dominican Republic.

The rum in front of me was a brand called Candela and it surprised the heck out of me.  Such expressive flavors and so balanced; rich and slightly sweet, but also savory and herbal.  I was so impressed with it I told my sales rep we’d bring it in.  I was excited about the product, a new category of rum for us and something I could show off.  I was already impressed with the Mamajuana in my glass, but then when I learned about the history behind it, I knew the story had to be shared.

The Story of Mamajuana

Mamajuana dates back to the 1400s with the Taino people, who used it as an energy drink, and made with tea and herbs instead of rum and wine (alcohol was introduced after colonization).

Mamajuana was said to help cure the common flu, help in digestion and circulation, cleanse the blood, liver, and kidneys.  It was also known to be an aphrodisiac, maybe another thing to add to your anniversary shopping list.

When it was brought to his attention that Mamajuana was being used for not just medical purposes but for intimate enjoyment, President Rafael Trujillo (President from 1930-38, 1942-52) put restrictions on who could make Mamajuana.  Only those with certified medical licenses could produce and sell the Dominican rum.  Those restrictions have been lifted for a very long time, but the fact that it got to a level where a President felt the need to restrict it, shows you how big of a deal Mamajuana has been to the people of the Dominican Republic.  Such a big deal that Alejandro Russo felt he needed to share with the rest of the world.

When I asked Alejandro (Founder and CEO of Candela) why he wanted to make a commercial Mamajuana he said, “I felt it was a hidden gem that the world needed to know about.”

After almost a full year, trying dozens of variants of his family’s recipe, using different types of rums, different spice blends, sweetening with different items and soaking for various times, Alejandro found the right recipe to bottle and put under the Candela name.

Now, I can’t say what the other recipes tasted like, but the one he chose, is delicious.  There’s a nice coating mouthfeel without being cloying on the palate. Your taste buds are introduced to dark fruit notes, dried figs being the most dominate, but also prunes, raisins and black cherries.  Vibrant hazelnuts along with subtle notes of vanilla bean give it a decadence leading to a rounded finish.

Like most from the Dominican Republic, Alejandro is proud of his family’s Mamajuana recipe and wanted to share it with the world. But he wants to keep the Dominican People at the heart of all of it. That is why all his production is done in the Dominican Republic by locals, his rum is made from fresh sugar cane juice, and the spices are natural and locally grown.

So join me in an experience that you were only able to get by going to the Dominican Republic before, and experience what Alejandro Russo and his ancestors have known for centuries.