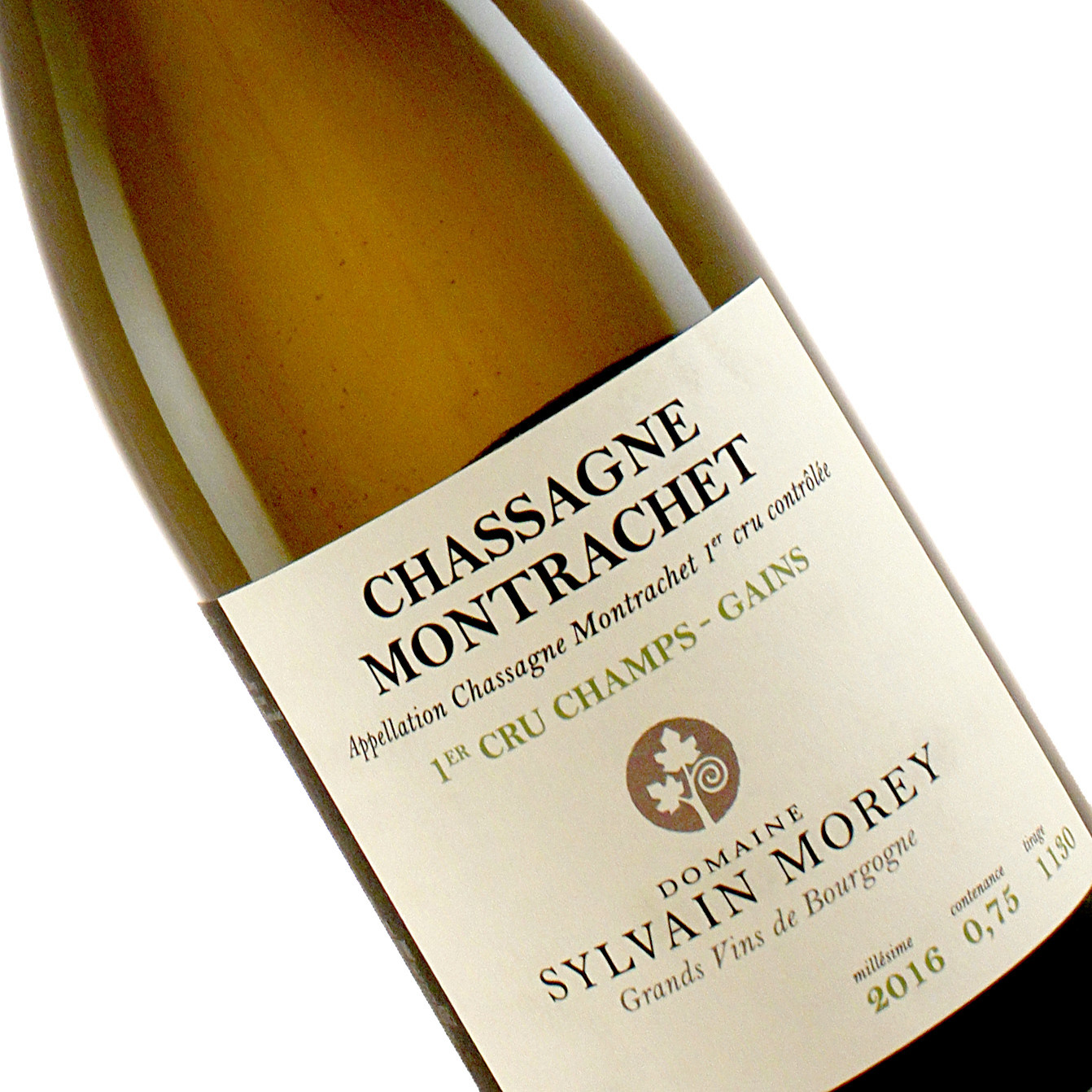 Sylvain Morey is the son of Jean-Marc Morey who handed down his few parcels in Burgundy to his two children which were split between them. Sylvain Morey has actually been making wine under his own label in the Southern part of France, in the much warmer and more laid back Luberon. Sylvain returned to Burgundy, (though he still makes wine and lives in the Luberon) in 2014 to produce a tiny amount of wine in the same cellar his father once did. Very hands off style here, Sylvain does very little in the cellar and ages his wines in oak that only about 20% or new. This powerful 1er Cru Chassagne-Montrachet is packed with stunningly layered fruit. Pears cooked in brown butter, roasted nuts and hints of white flowers carry through on the long and lingering finish. Big wine. Bring on the baked white fish, lobster or roasted chickens!