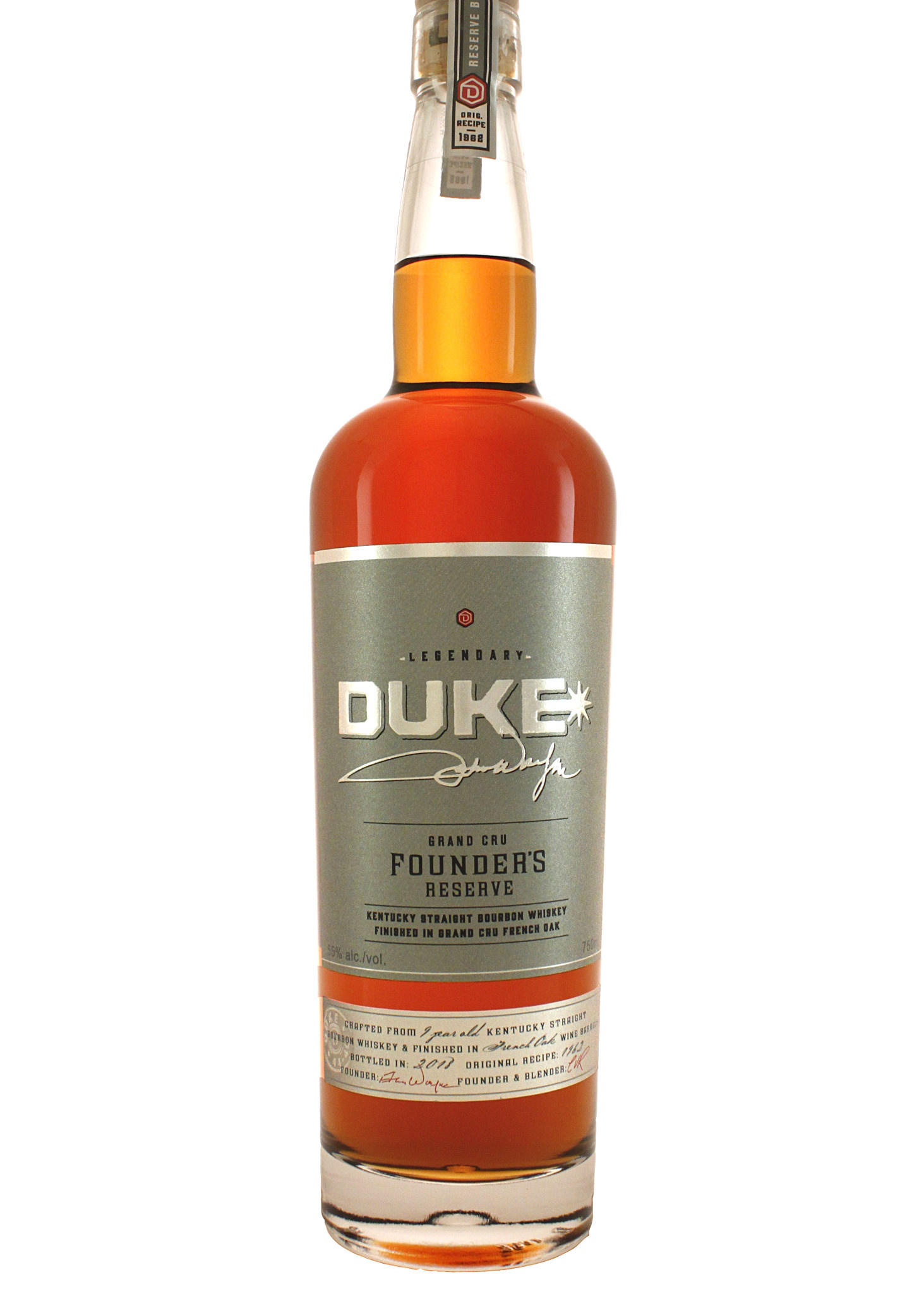 The story goes that after John Wayne died, his children discovered some old bottles of Bourbon among his possessions.  Wanting to re-create the taste of John Wayne's favorite old bourbon, the family had a Kentucky distillery make a blend imitating the flavor of the original.  (Macallan did a similar thing in the 1990s trying to re-create a Scotch whisky from the 1870s.)

The Duke Grand Cru Founder's Reserve Kentucky Straight Bourbon Whiskey finished in Grand Cru French Oak is a 9 year old bourbon finished in used cult-Cabernet French oak barrels, and the results are impressive.  A rich, spicy, deeply flavored Bourbon with a persistent, satisfying finish.  A super-premium whiskey that proves itself in the bottle.