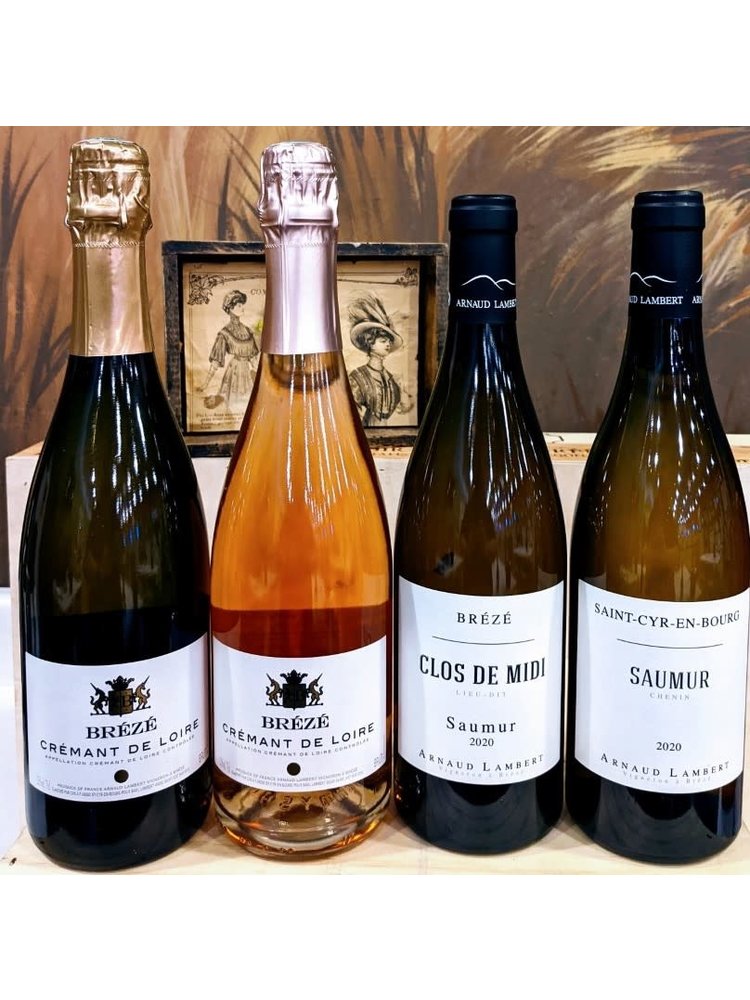 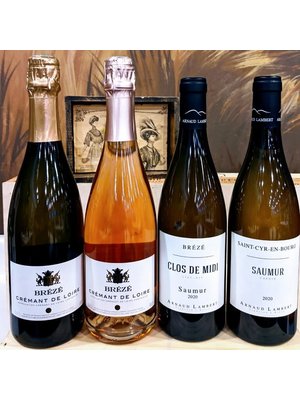 Samantha fell in love with these over-achieving wines from the Loire Valley region of Saumur, which lies between Anjou and Tours.  The main variety is dry, round Chenin Blanc like you've rarely sampled before.  Brut and Brut Rose bubblies, plus two stunning still wines.

Domaine Arnaud Lambert, a relatively new name, was established through the merger of two labels in 2017: Domaine de Saint-Just, his family domaine within the Saumur-Champigny appellation, started by his father Yves Lambert in 1996, and Château de Brézé, a historic Saumur estate whose enviable collection of vineyards for which the Lamberts signed a twenty-five year contract starting with the 2009 vintage. This is why some wines are labeled differently within some vintages (mostly between 2015 and 2017); for example, in 2015 there is a Clos David labeled under Château de Brézé as well as Arnaud Lambert—so long as they are the same vintage date, they are the same exact wine.