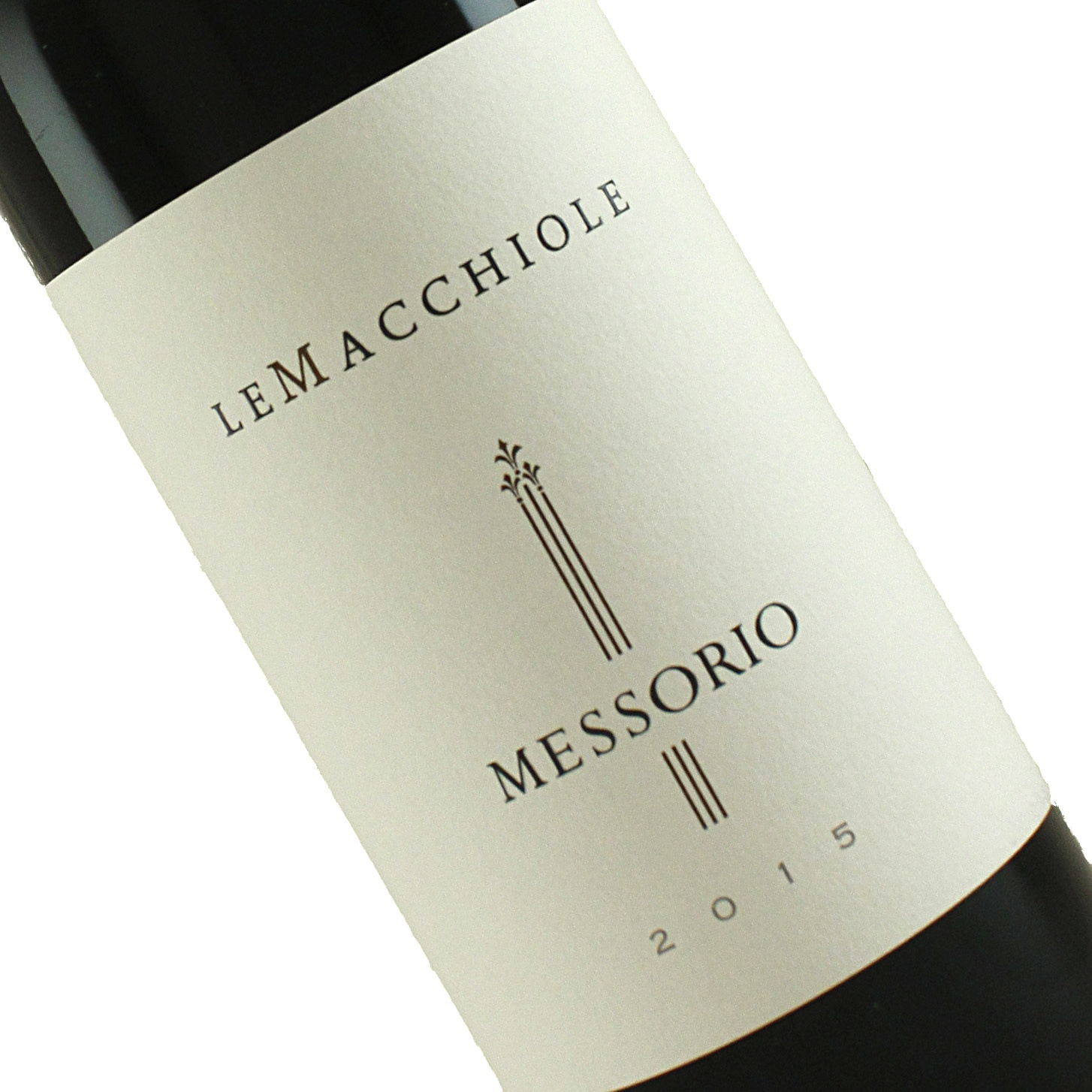 From the producer "Harvest 2015 is rightly ranked as one of the best ever. The 2015 vintage can be described as the most classic expression of the Bolgheri style, a wine of great character and complexity. Winter was mild with average rainfall and Spring saw steady temperatures with significant nigh/day temperature fluctuations and good rainfall. August temperatures were steadier than usual with good rainfall, which led to a slow and constant ripening of the perfectly healthy grapes. The season ended with an ideal September: temperatures, night/day temperature swings, sunlight, rainfall, everything was perfectly balanced to allow the grapes to reach the best ripeness condition."

Robert Parker's Wine Advocate 97pts. "The 2015 Messorio is a true tribute to Merlot. It's not easy to faithfully render the distinctive characteristics of this grape, within such a tight margin of error, but the winemaking team at Le Macchiole has deftly achieved exactly that. With sourcing from the Puntone vineyard, Le Macchiole wanted to achieve less density yet more aromas of skin. The wine has a homogeneous feel, with huge generosity and fullness, and it delivers big, ripe cherry tones with so much luscious fruit and delineated persistence."