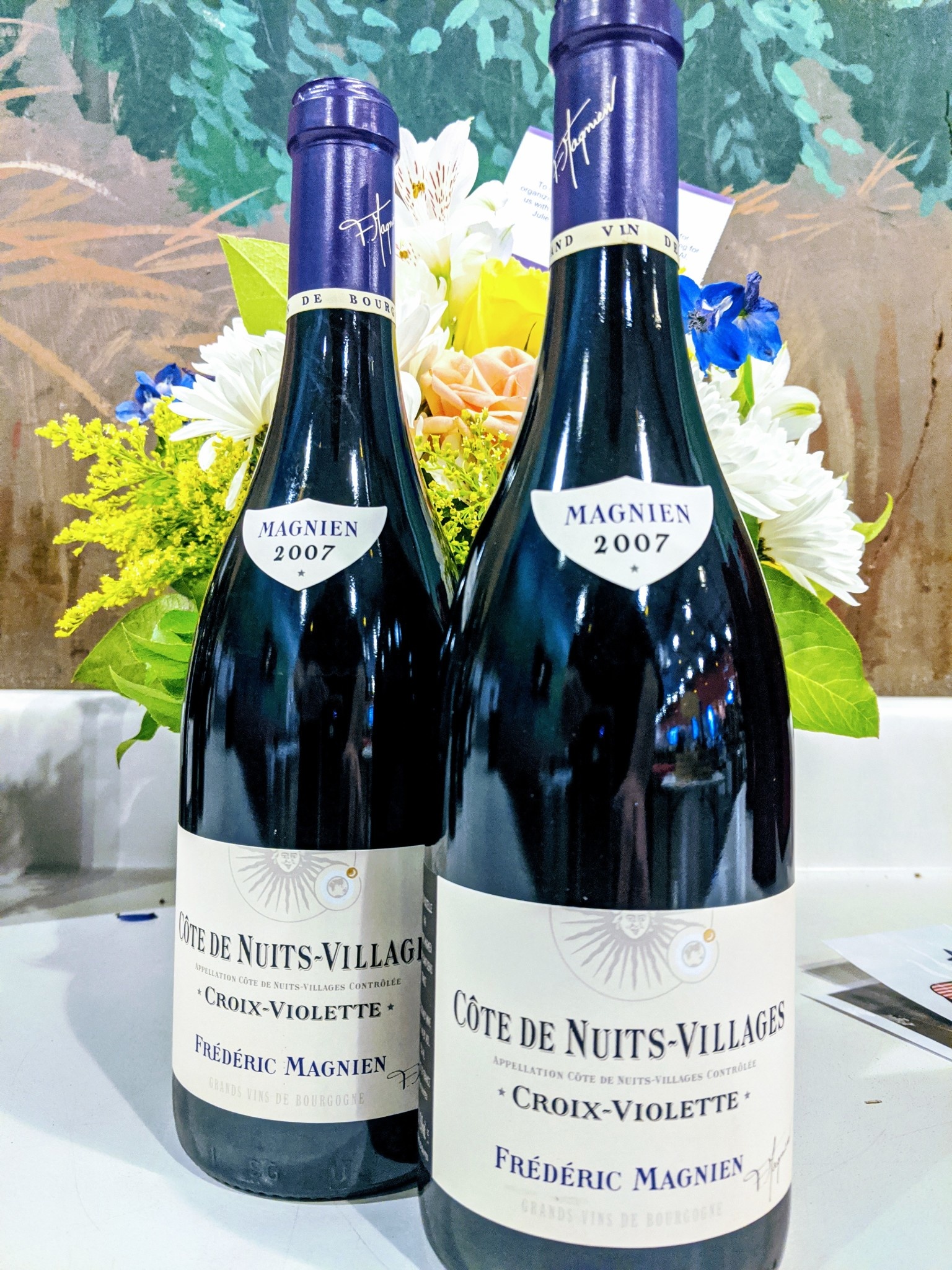 This brilliantly complex and thrillingly alluring red Burgundy had been held at the winery in Morey Saint-Denis until just over a month ago. There it sat, resting in a cool cellar just waiting for the correct moment. That moment, that moment is now.

Organically grown from a vineyard just north of Gevrey-Chambertin with an average vine age of between 40-50 years. Just beginning to show some brickish coloring around the edges, the nose showing its noble maturity, with hints of leather, dried brush and mushrooms. On the palate, the restrained red fruits come alive, still alert and full of energy but showing an undeniable elegance that comes with maturity.

Randy, Kevin and I just sort of sat and groaned, noses in our glasses, tiny sips and then right back in the glass to see what had already begun to develop from just a few moments before. This is the kind of wine you want to spend the night watching unfold, expressing itself and reveling in what it is that makes Burgundy so damn haunting. We were deeply under this wine's spell, and when we heard the price, we were wise enough to gobble up as much as we could (just 60 bottles).

A wine with this much pedigree, from an esteemed producer, aged and waiting for you, for $40.00?! We would have been nuts to pass this up; a Burgundy enthusiast would be insane to pass it up as well. Don’t be insane. Get some, fast.  It won’t last long.--Samantha Dugan