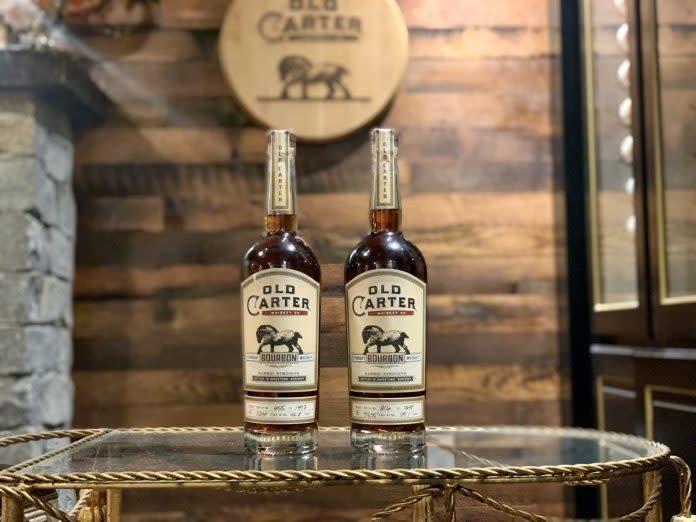 Old Carter Whiskey Co is the passion project by husband and wife team Mark & Sherri Carter. They began their beverage endeavors in the wine business. They produce fine wines in Napa Valley with their Carter Cellars Cabernets garnering nine perfect 100 point scores by critics. The whiskey business found them several years ago when they partnered with a Kentucky friend to resurrect a long dormant bourbon brand. That brand sold in 2017, but by then the Carters were hooked on the process of making and blending whiskies, as well as the state of Kentucky and so they started Old Carter Whiskey Co to carry on their love affair with whiskey making. They now produce Straight Ryes, Bourbons and an American Whiskey in various locations throughout Kentucky with showrooms in both Lexington and Louisville (Louisville under construction, coming soon!). Mark and Sherri handle all aspects of the business themselves from creating new blends and selecting single barrels, to designing and handwriting each individual label per bottling. It is a very hands-on approach and has allowed them to continue to create together. It is a true labor of love at Old Carter. Being able to share their passion with whiskey lovers everywhere completes the picture for the Carters.