Login
Log in if you have an account
Register
Having an account with us will allow you to check out faster in the future, store multiple addresses, view and track your orders in your account, and more.
Create an account
Share
Share this product
Add your review
Review Ridge Vineyards 2019 Lytton Springs, Sonoma County
Home Ridge Vineyards 2019 Lytton Springs, Sonoma County 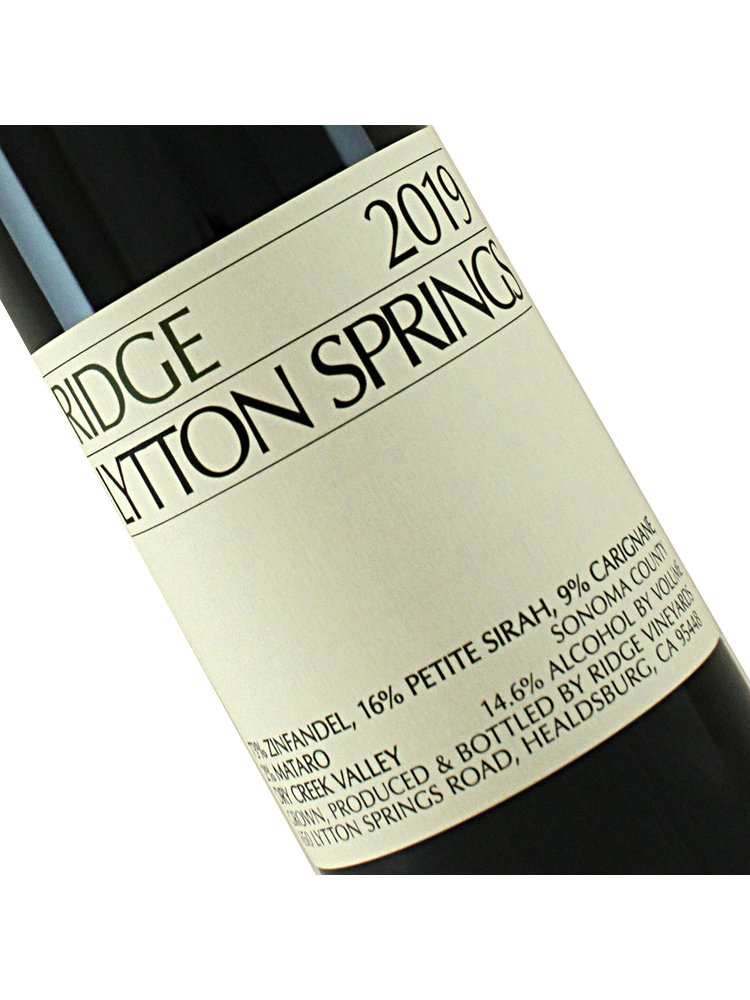 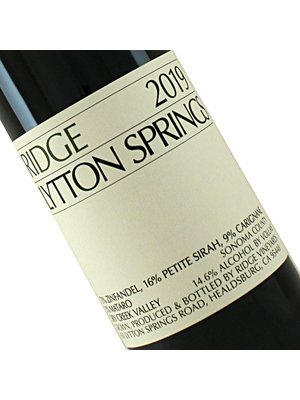 $45.99
($45.99 Incl. tax)
in stock
Winemaker Tasting Notes: Appealing nose of pepper, and raspberry. Layered plum, blackberry and cocoa on the palate with chalky tannins and a lingering finish. JO

In 1972, Ridge made its first Lytton Springs from vines planted on the eastern half of the vineyard at the turn of the century. Both the eastern and western portions of the vineyard were purchased in the early 1990s, (In the 1870s, under “Captain” William Litton’s ownership, the two were part of one property; spelling evolved to “Lytton” by 1903.) The vineyard is planted to zinfandel and its principal complementary varieties.