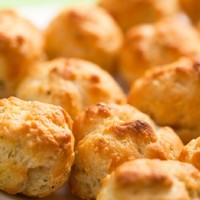 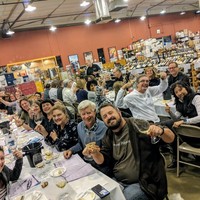 SEARCHING FOR A RICHER LIFE EXPERIENCE

In 1970 the wine list in the upscale restaurant I worked in Long Beach looked rather austere by today’s standards, but it had a certain logic to it.  It had a Chateauneuf-du-Pape, a Beaujolais, a Bordeaux, a Pommard, a Pouilly-Fuissé, a Piesporter and a Liebfraumilch on it.  The list also included some California wines. Wente’s Blanc de Blancs and Grey Riesling were popular, so were BV’s Cabernet and Gamay Beaujolais.  Sauvignon Blanc, a Chardonnay, a Pinot Noir and a Zinfandel also made the list.  A domestic and an imported Champagne, and two rosés, a Tavel and an Anjou.

And that was it.  If you wanted wine by the glass it was Chablis, Burgundy or rosé from a jug.  This is not a bad wine list, actually.  There is something to be said about a simple, well-chosen list that offers concise selections that harmonize with the cuisine of the restaurant.  In 1970, it was mostly French continental.

Wines were made by people who knew their bottles would end up on their tables.

In contrast, today the enormous choices on a contemporary wine list are reflective of the explosive popularity of wine, but they are often confusing to a diner looking for a little direction in his selection process.  And just because restauranteurs know how to cook, they are still products of a non-wine culture.  The results can be downright whacky.  A neighborhood Italian restaurant near our home places a bottle of Australian Shiraz on every table to enhance its Italian experience.  There are oyster bars in town with lots of oaky Chardonnays that turn bitter with oysters, but not a trace of Muscadet, Chablis or Sancerre—the classic French oyster wines.

A high-profile Provençal restaurant in Orange County once spent two million dollars making the interior look like a nineteenth century dining room in the French countryside, but its wine list was dominated by domestic Chardonnay, Cabernet, Merlot and a bubbly from Washington State.  I was told that their Orange County clientele might understand aioli but they wouldn’t understand a Bandol or a white Chateauneuf-du-Pape.  How depressing that this restaurant couldn’t provide a Provençal wine experience with its wonderful Provençal cuisine.  Instead, the list was overloaded with sipping wines its provincial Orange County clientele could easily relate to.

With only 40 or so years of fine wine experience, the American middle class has had to depend on wine writers to tell us what’s good.  Importer Kermit Lynch responded that the question never asked: good for what?

I don’t foresee any big changes in American’s wine drinking habits in the future.  Vintners who have prospered will go on making wine the same way that made them successful.  Wine journalists will continue to rave about the next wave of big wines to be released.  And restauranteurs will continue to offer “what sells,” rather than introducing their customers to carefully thought-out fine wine and food experiences.  Over time as tastes change and consumers experience big wine burnout, they may begin to crave crisper, lighter wines with their food, and restaurants, as they do now, may follow.

Where I see more profound change in wine tastes is in the home.  Simpler meals made with fresh ingredients and simpler wines that emphasize fruit at the expense of oak will become more appealing as American wine tastes evolve.  This next year may bring a fresh look at Cru Beaujolais and the affordable wines of central and southern Italy as tableside staples.  Cabernet and Chardonnay will still dominate the country’s cocktail hours, but will be drunk less and less at the table and consumed more and more alone or simply with crackers and a topping.  Medium-bodied Italian and Spanish wine, less expensive southern Rhone wines and especially dry rosé in the summer will continue to offer pleasure to more and more wine consumers with Cab fatigue.

Also look out for the next wave of Spanish wines.  Yummy, spicy and affordable, they pack interest in every sip, and they go well with the moderately spicy foods we often consume in southern California.  And people will have enough confidence in their own tastes to enjoy modest wines like J. Lohr’s $10 Valdiguié instead of thinking that they have to spend small fortunes on wines that don’t deliver at the table.  With more honesty and experience, and less hype and pretense, it will be possible for more people to enjoy wine at dinner than ever before.

That’s not to say that wine can’t be enjoyed legitimately as a cocktail, either.  obviously there isn't just one way to enjoy wine.  But most wine drinkers in America will continue to buy mass-produced grocery store wine, and will drink them at cocktail hour, in the same manner as their daddies enjoyed their martinis.

Those looking for a richer life experience, however, will seek out fresh produce, quality meats, artisanal cheeses and interesting, naturally made wines crafted by small family winegrowers, and will also get the most out of simpler wines whose modest fruit only just begins to unfold with the first magical bite of food.