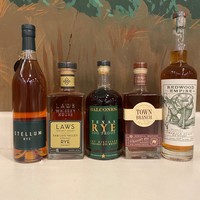 In January of 2019 I was just 21 years old and began a semester abroad in Barcelona. At this point, most of my wine experiences were restricted to over-oaked grocery store Chardonnay and massive California Cabernet Sauvignon. My first night in Barcelona I was by myself, in a city I had never visited before, with no international data plan. Somehow the stars aligned that night and through an Instagram post in my hotel room I learned that two old friends from high school were also in Barcelona at that time on vacation.

We decided to meet up for drinks at a bar they wanted to try called Bar Brutal. After making my way through the gothic quarter without a map, I  finally managed to make my way inside the bar to see them. I was instantly intoxicated by the lively energy, music, and aromas coming from this establishment. The bar had a small menu of some of the best food I have come to taste in my life including succulent braised beef, charcuterie, and grilled octopus. Their wine menu, however, was as thick as a bible and all of their wines were natural.

I had heard of natural wines before, but I had never tried one and I wasn’t sure what differentiated them from conventional, commercial wines. After talking with their approachable sommelier, I had decided I wanted to try something local, a natural Catalan wine. The wine she brought out changed the way I perceived wine and sparked a passion that eventually led me to work at The Wine Country.

Never before had I tasted a wine with so much vibrant energy, this was a living wine.

After that night I frequented the bar many more times and found myself constantly coming back to that same bottle. The wine was called Nas del Gegant, a red field blend, led by Garnatxa Negra and Merlot, produced by friend-of-the-bar Ramon Escoda’s label Escoda-Sanahuja. I didn’t realize at that time that I was fortunate enough to be at the epicenter of one of the world's leading natural wine communities, drinking wine from one of the co-founders of Brutal Wine Co. and organizer of Spain’s natural wine fair, H20.

When my semester came to an end and back home in Southern California, I began to shop at a couple of stores selling natural wine, including The Wine Country. Unfortunately, no matter how hard I tried, I was not able to find that bottle of Nas del Gegant.  Being raised in an already globalized world, it was beyond frustrating that I could not get my hands on a bottle. The distribution for their wines in the United Sates was practically non-existent.

Luckily, through a new importer, I am not only able to get a couple bottles for myself, but I get to share this wine with all of you. All of the estate's wines come from a biodynamically farmed vineyard with no SO2 additions at bottling.

We currently have in stock one wine from this producer, all-natural and all-inspiring: