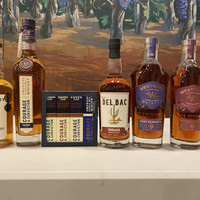 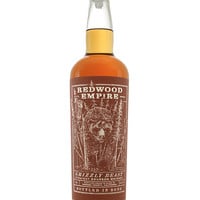 SANGRE DE TIGRE: TAKING MICHELADA MIX TO THE NEXT LEVEL

When Michelada mixes first hit the market a few years ago I would look at these packets of chili spices and wonder how exactly they mixed into a beer well enough where you weren't getting clumps of them at the bottom of your glass or have chili flakes stuck to your teeth. And seeing how inexpensive they were I wondered how much flavor you were actually getting. After trying a few of these dried packets I came to the conclusion that Micheladas weren't made for me. But then Dylan and I sat with Alfredo Lopez, owner of Sangre de Tigre, and that all changed. Like many of us in 2020 Alfredo had a lot of time on his hands and found himself and his wife making their recipe for Michelada mix for their friends who were stuck drinking at home instead of their house. Soon enough it wasn't just friends calling and asking if they could swing by and pick up a bottle of their liquid Michelada mix and then it hit Alfredo, how about we make this our business.

We currently carry 3 flavors of Sangre de Tigre; celery, pineapple and savage (original just with a darker color for people who want their drink to look more traditional). Out of the 3, my favorite is the celery. The saltiness in that expression made it very distinct from the savage. And it is known around the store that I have a big dislike for pineapple, so I was surprised when I tried the pineapple expression and enjoyed it. Not saying there are bottles of it in my personal fridge, but I did like how it worked with the balanced spice and fruit juice blend that is the base. And the savage is an awesome base mix to start with if you're looking for a straight forward mix. But whatever flavor you go with it can be used in your drinks and on your food.

Compared to a Bloody Mary mix Sangre de Tigre isn't as thick since it's not just tomato based. Meaning you won't feel full after your second one. In both a Bloody Mary (vodka based) or a Bloody Maria (agave spirit based) I use 1oz of Sangre de Tigre along with 1.5-2oz of spirit and 6-8oz of club soda, stirring the Sangre de Tigre and spirit together before adding the club soda. To pair with the celery flavor I like Willie's Tin Shop Long Beach Water. The already slightly salty spirit matches with the saltiness of the mix. I think the celery also pairs nicely with Casco Viejo tequila blanco. The earthy, black pepper notes of the tequila work really well with the freshness of the mix. And with a mezcal like Rayu, a spirit that has some smokiness and earthy characteristics I think the pineapple expression pairs best. The slight sweetness from the pineapple really plays off the smoke.

When tasting Dylan and I on the products Alfredo mentioned that the mix also serves as a good addition when cooking. In April I bought some flank steak and decided to use Sangre de Tigre celery to turn it into asada. Along with chopped onion, sliced garlic, juice from 2 limes and 2 jalapenos I added about 8oz of the mix and let it marinate over night. And not to brag about being a good cook or anything, but it turned out great! Along with the jalapenos there was just enough spice, the saltiness from the celery also amplified the flavor of the meat and you could really taste every bit of the mix.

My first experience with Micheladas came some years back in the form of a 24oz can bought on a whim from my neighborhood corner shop. Sadly, It left me with a lot to be desired and also left me wondering, “why in the world would anybody want to water down their perfectly fine lager with tomato juice?” Fast-forward to more recent times I began hearing several different customers asking for Michelada mix. I opened up to the idea of trying some out.

It was a pleasure to sit down with Alfredo and taste the full lineup of Sangre de Tigre Michelada Mixes. From the moment it hit my lips I knew this was a world apart from any premixed Michelada I've had in a can and most definitely a product we needed to carry in the store. After tasting with Alfredo I had to ask him where I could buy it , too impatient to wait the week it would take before we’d be selling it at The Wine Country. Once the weekend  arrived I eagerly went out to acquire the apio mix from a local retailer . I started with my go to Mexican lager, Colimita. I believe nothing really beats the classic Mexican lager combination but I do find it works really well with most light drinking beers including pilsners, and blonde ales.  That being said, after sharing with some friends and finding the 6 pack quickly vanished I thought to myself, what else can we try this with? My favorite of the experiments was adding 1 ounce of the apio, (celery) mix to a Rauchbier, a German style beer brewed with smoked malts. The smoky and savory characteristic of the beer paired with the salty and spicy apio mix made for a surprisingly pleasant drinking experience . I also enjoyed adding 1oz to a can of SoCal Cider Co's, Life's a Peach, a semi sweet peach cider. Instantly taking me back to childhood, munching on sweet n spicy Mexican candy bought from the ice cream truck after school. The combinations are practically endless, so have fun with it and find something you enjoy! Sangre de Tigre has become a huge hit at parties and I won’t be showing up to a BBQ this summer without it.