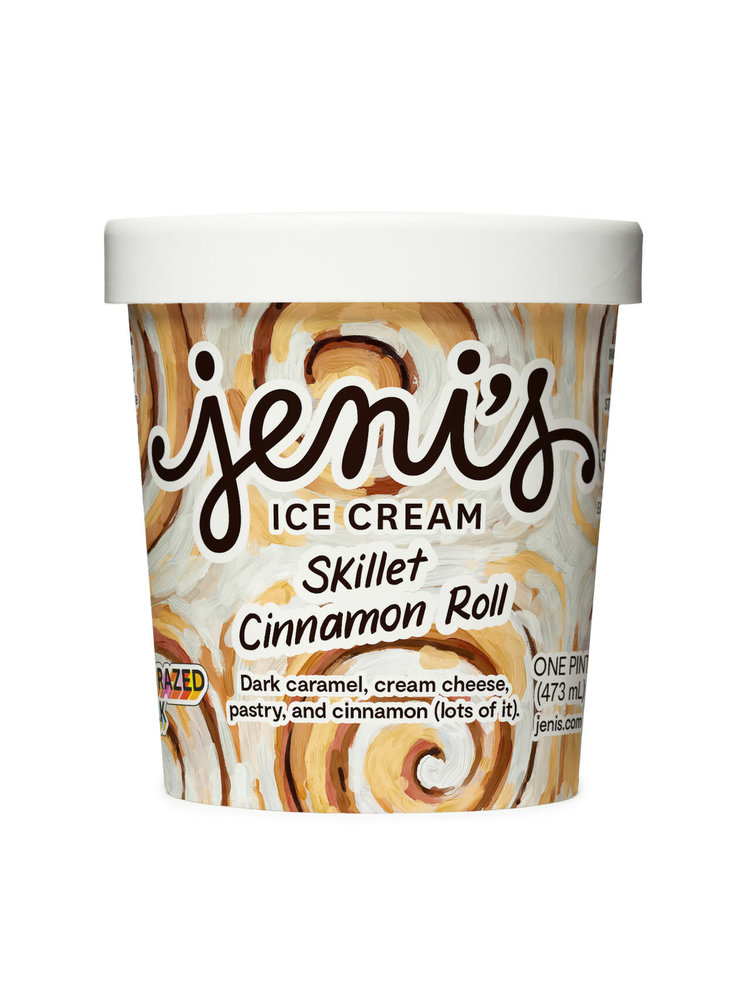 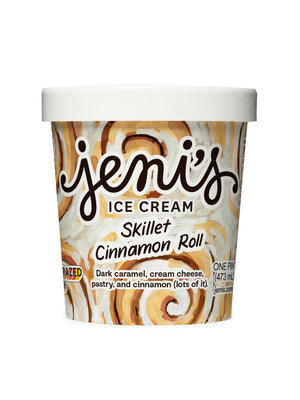 Dark caramel, cream cheese, pastry, and cinnamon (lots of it).

A flavor truly inspired by Jeni’s upbringing in the Midwest. Where cinnamon rolls reign queen and are as likely to show up in a restaurant’s pre-dinner bread basket as in a pastry case at the local bakery. (Jeni has been known to refer to Columbus as the cinnamon roll belt.) Jeni’s version captures all that is glorious about a cinnamon roll baked in a cast-iron skillet. With gooey, cinnamon-scented brown sugar caramel. Cream cheese ice cream that mimics the addicting sweet and salty frosting. Pastry flakes as soft and satisfying as the center bite of your favorite cinnamon roll. And so much cinnamon sprinkled throughout it’ll make you weak in the knees.