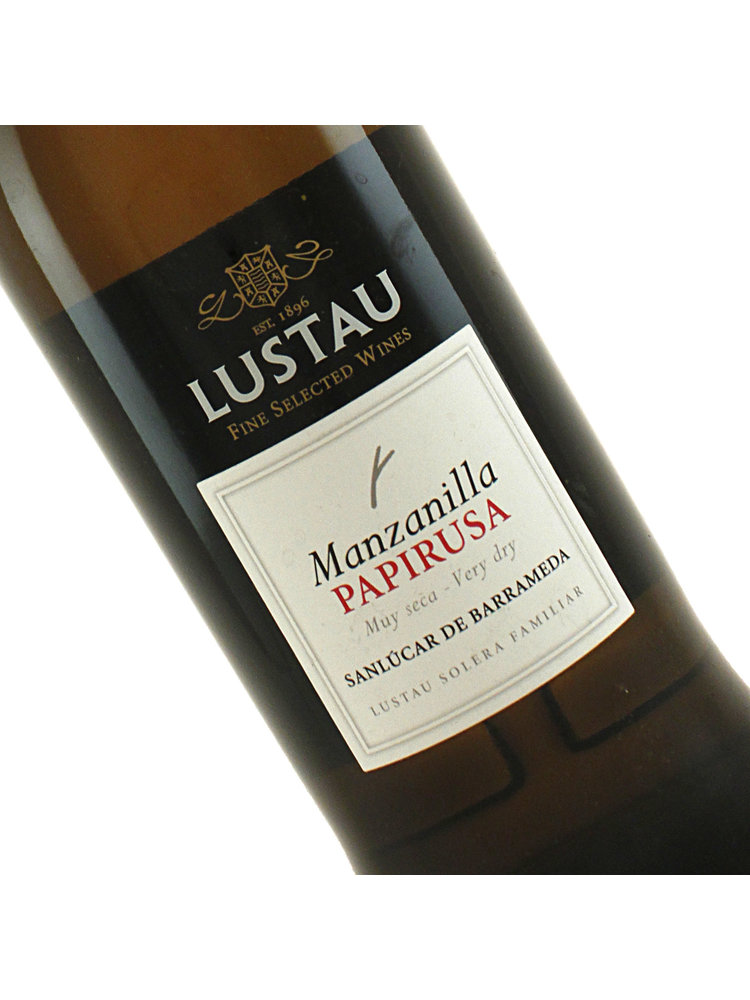 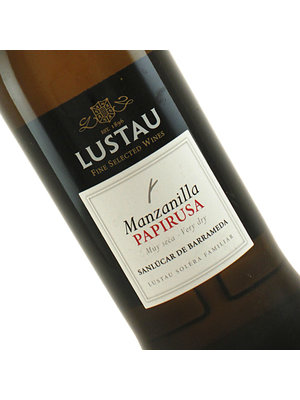 Lustau's Manzanilla Papirusa is included in its Solera Reserve Range  of sherries. Coming from very old soleras, most established or acquired between 1900 and 1930, it is produced by Bodegas Cuevas Jurado for Lustau - when bottled, these wines are 4-5 years old. Manzanillas are distinguished from Finos in that they are made in the port city of Sanlucar de Barrameda as opposed to Jerez (or other port cities). By the way 'Manzanilla' means chamomile in Spanish because of this sherry's distinctive nose.

Light and dry reflecting the separate location whee it's made. Golden in color with aromas and flavors of roasted almonds, baked apples, marmalade, chamomile, and salty brine, almost green olive on the finish. Pair with fish and seafood - prawns, fried sardines, oysters, pasta with clams.