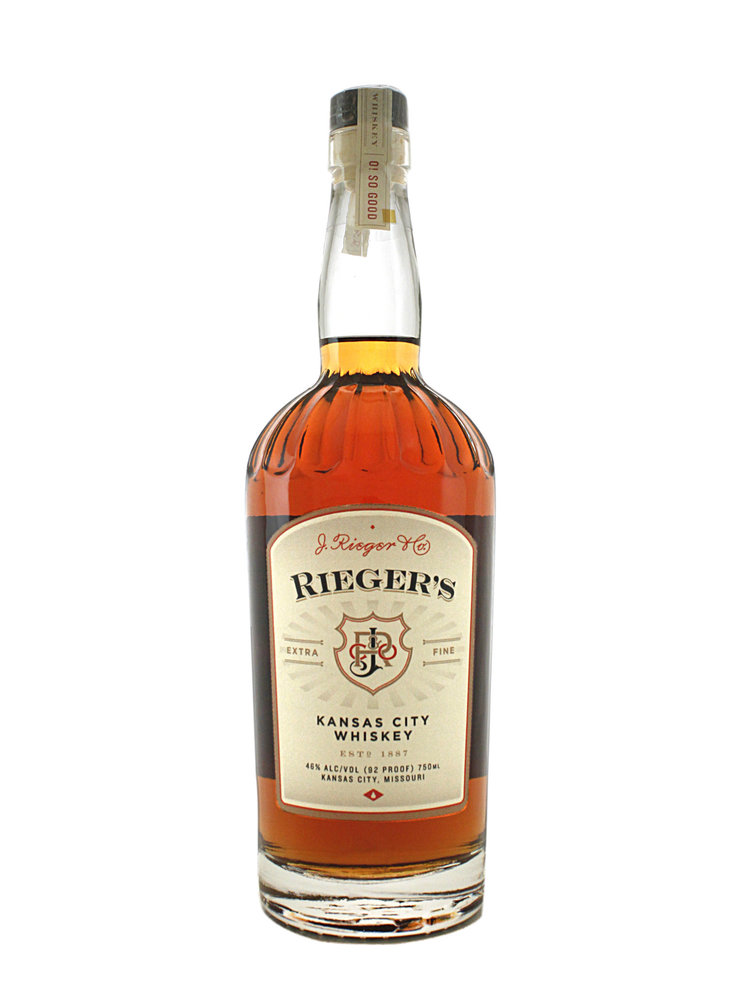 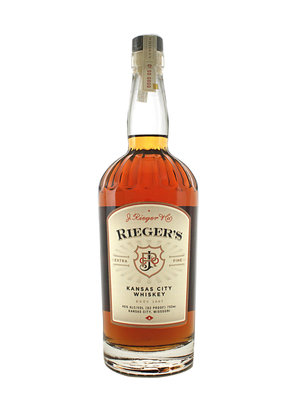 Rieger's whiskey was made from 1887 until Prohibition shut down operation in 1919, a familiar story.  Brought back to life in the late 1990s, the distinctive "Kansas City style" whiskey is a blend of Straight Bourbon Whiskey, Light Corn Whiskey, and Straight Rye Whiskey, all aged at least 4 years, as well as a small amount of 15 year old Oloroso Sherry from the Williams & Humbert Bodega in Jerez. Bottled at 92 proof, Kansas City Whiskey is well-balanced, smooth, and slightly sweet. It’s beautiful when served neat or on the rocks, but also works well in classic Bourbon – or Rye-based cocktails such as the Manhattan and the Old Fashioned.  A very tasty whiskey at a great price.  Bravo!