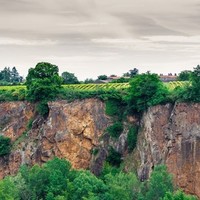 “Going to be harder figuring out what not to bring in,” my comment to the importer in front of me after he tasted me through a lineup of wines from Arnaud Lambert and Chateau de Brézé from the Loire Valley. I found the wines utterly captivating and so expressive of their terroir.

The dry moated Chateau also became famous for having the largest underground fortress in all of Europe. At some point, the Chateau became a visitor/tourist attraction and as expected, the winemaking became an afterthought, less a grand winemaking Chateau and more a Grand Chateau that made some wine. The wines became over cropped, the soils scorched by harsh chemicals, soulless and insipid, so naturally they fell out of favor with anyone other than tourists wanting to take a memento to remember their trip.

The Chateau is a UNESCO World Heritage site, but 70% of the vineyard area in Brézé and Saint Cyr belong to the co-op which produces huge volumes of Crémant de Loire sparkling wine.  A once-revered domaine reduced from a roar to a whimper.

A restoration was needed, and would soon be on its way.

Domaine Saint-Just, Arnaud Lambert’s family winery, was started in the Loire Valley’s Saumur in 1996 by Arnaud’s father, but it was not until 2005 that Arnaud joined the team. Shortly after, the Lamberts were given a 25-year contact to work the vines and make the wines for the famed Chateau de Brézé, also located in Saumur.

They quickly began the conversion to organic farming for the Brézé vineyards, and an astounding uptick in quality in the Chateau de Brézé wines caught the eye of many, globally.  In 2017 Arnaud Lambert combined the two projects under the Arnaud Lambert label with the intent to show that each specific plot has an incredibly unique voice, and his goal today is to let those voices sing the personality of each parcel of vines. 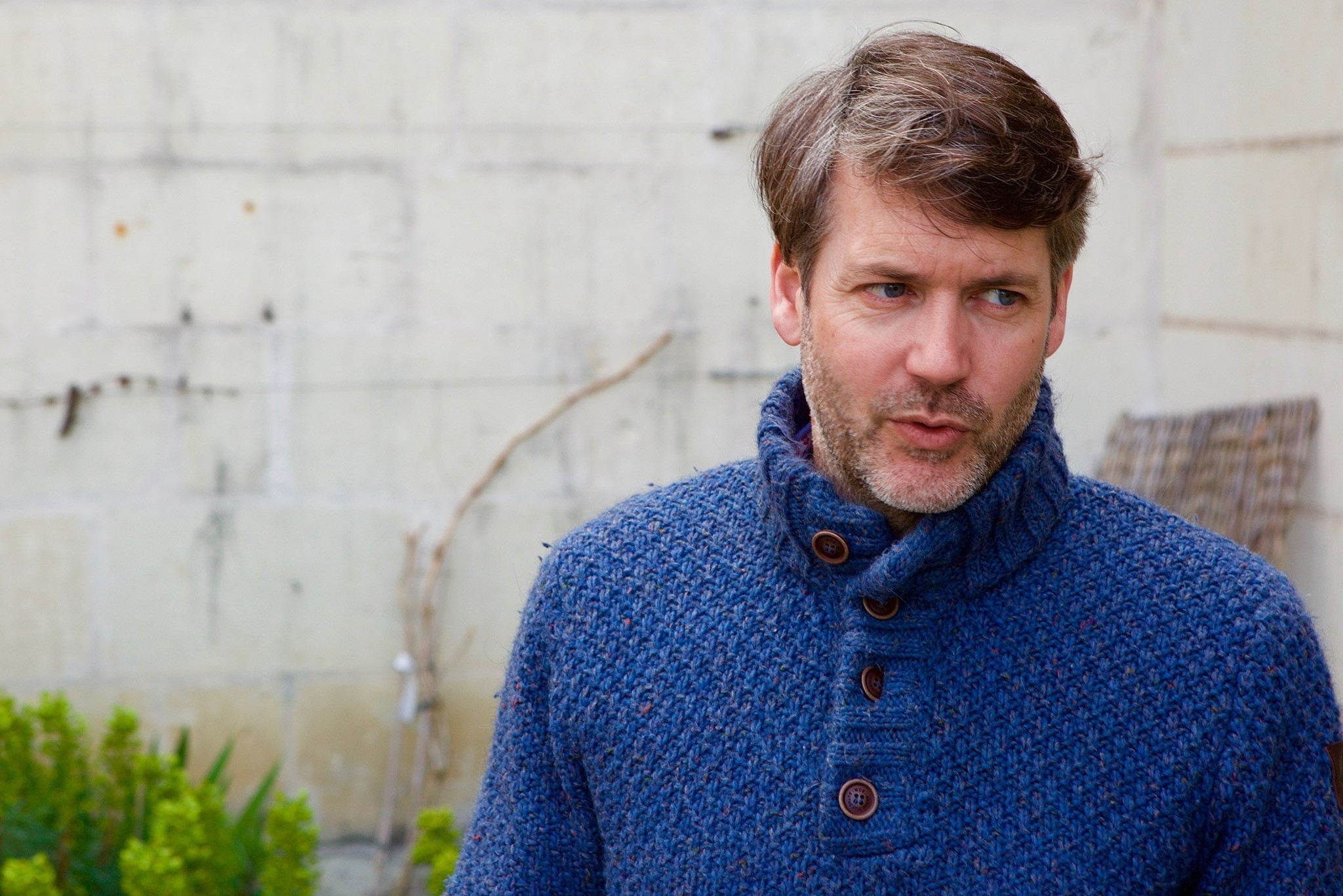 Arnaud says, “Each parcel or Clos has its own identity, and I try to reveal this in each of my wines.” Organic farming, and extremely minimal, less-is-more style of winemaking ensure that it is the terroir we are tasting and not the winemaking, as it were.

The soils they farm are rich in tuffeau, a limestone made up of compressed sea creatures, sediment, flint, sand, and clay, that was also a preferred stone used to build many of the Loire Valley’s grand Chateaus.  It is this tuffeau that allows the vines to absorb the unique and specific aroma and taste of place.

Tasting through a lineup of the Lambert wines, it is noticeably clear, terroir is very much a thing, and Arnaud is capturing it in his Chenin Blanc. I was instantly captivated, and knew these wines needed to be introduced to our Loire Valley-loving customers. Time for another sampler pack!

Now, under Arnaud Lambert’s eye even their sparkling wines are getting acclaim, some critics stating that they could rival many sparkling wines from Champagne, and while I shan’t go quite that far, I will say they are cleaner and more exciting than many Champagnes I have had from the Grande Marques, or bulk-producing Champagne houses, without question.

So, you know your local wine merchant’s resident bubble lady had to include a couple, and even in the sparkling wines, you can taste the brilliant expression of Chenin Blanc and in the Brut Rosé, Cabernet Franc proudly tasting of their home in Saumur.

Your Summer Loire Valley four-pack of wines from Arnaud Lambert will include:

Hours of palate delight and an education on terroir through the aromatics, texture, and utterly charming Loire Valley Chenin Blanc…oh, and a wee discount for playing along!