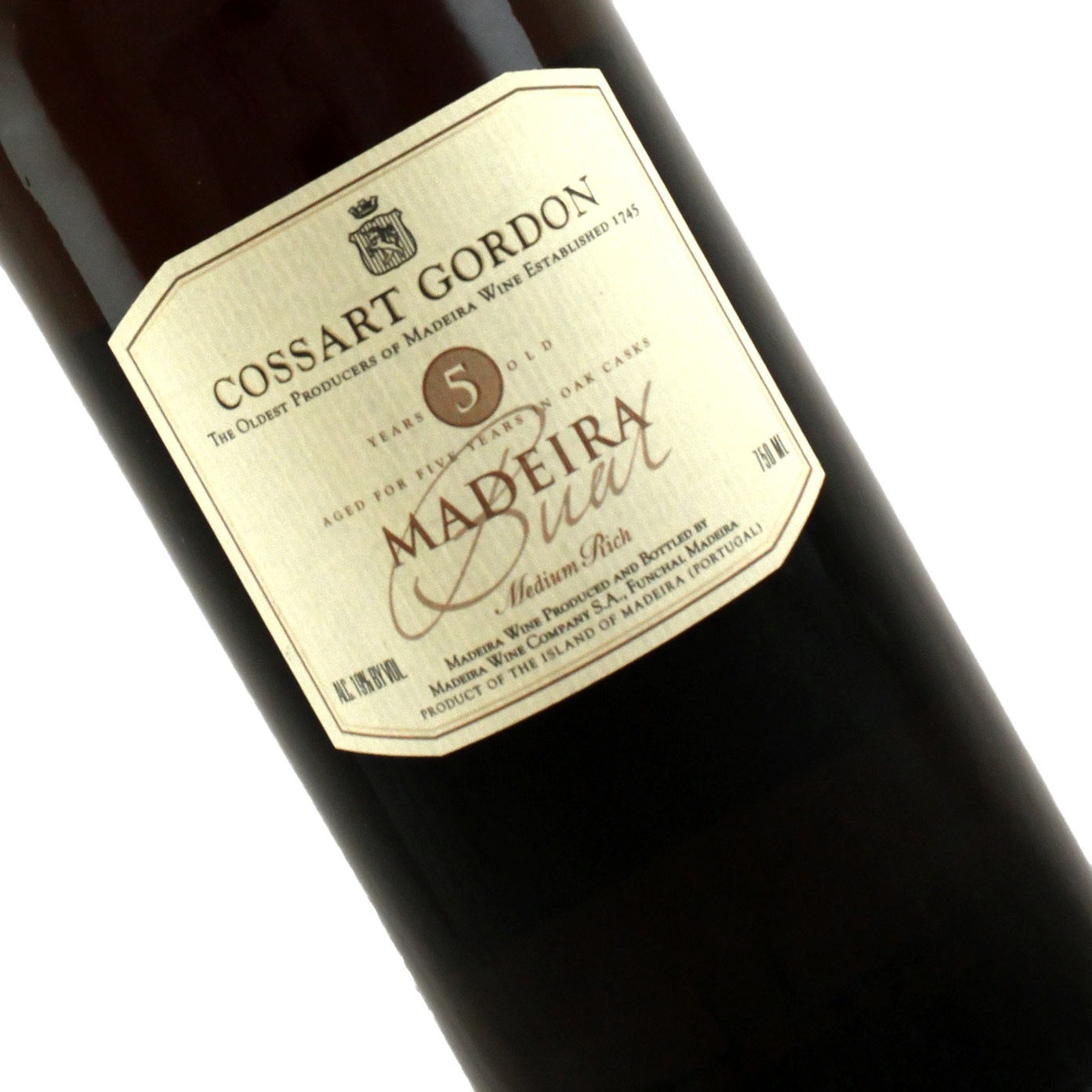 The Bual grapes used in this 5-year old Madeira are grown in the quality vineyards of Campanário and Calheta at altitudes between 100 and 300m. Grapes are fermented off the skins in stainless steel tanks for about 3 days, after which fortification takes place to stop the fermentation at the desired level of sweetness. The resulting wine is aged 5 years in American oak in the traditional Canteiro system of gentle heating.

The island of Madeira is known for its distinctive varietal wines. Each varietal defines a particular style. Madeira wines are typically made from only one varietal, each made in one of the four Madeira styles: Dry, Medium-Dry, Medium Rich, and Rich. Madeira wines are fortified with grape spirit and have higher alcohol than so-called 'light' wines.

Madeira is an archipelago of volcanic in origin sitting about 1100 kilometers off the western coast of Portugal. There are (2) islands, Madeira and Porto Santo, and two small islets, Desertas and Selvagens. Vineyards occupy over half the island mass. The climate is a mix of sub-tropical and temperate. The topography is steep and mountainous with fertile volcanic soils, determining where each varietal is grown. An unusual irrigation system of canals called levadas bring water from the mountains to agricultural areas - water shortages are common here.